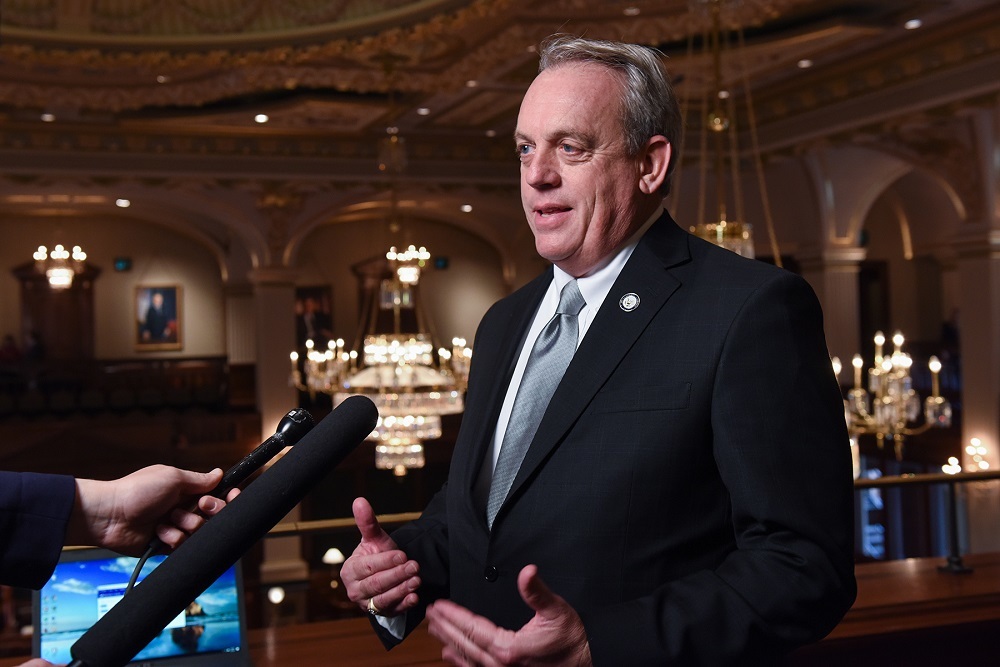 It’s been a busy week for State Sen. Dale Fowler (R-Harrisburg). The lawmaker was out visiting many places in his district, meeting with voters, surveying flood damage and working to find a solution for the abandoned state prison in Tamms.

The Tamms Correctional Facility was closed by the state in 2013 and has sat empty for six years. It was closed after years of debate; the prison was the state’s “supermax” facility and housed death row inmates before the death penalty was abolished in Illinois.

Fowler announced what he called “exciting news” for the Tamms site. He said that at the end of August, the state created the “Tamms Minimum Security Unit Task Force.” This task force will look for ways to turn the facility from a 220-acre liability on state finances into an asset. One idea being discussed is to use the property to house the state’s vocational training center. The task force will include legislators, people from the state prison system and local community members.

In other activity this week, Fowler said he toured flood damaged areas of Old Shawneetown. Severe flooding there damaged the popular boat ramp, which provided much-needed access to the Ohio River. The local community is missing out on critical economic activity because people wanting to use the river have to cross over into Kentucky to launch boats. Residents in the area asked the lawmaker for help in finding ways to repair the dam and to stop the economic damage from getting worse.

On the legislative side, Fowler said his constituents should be aware of several changes to state law. First, a new youth hunting law was signed by the governor. Teens can now obtain an apprentice permit and spend several years working with experienced hunters to learn the sport; that’s a change from the once-in-a-lifetime apprentice permit offered by the state previously.

Also of note is a new law that allows Illinois schools to improve safety by installing a new type of door lock that blocks the door from inside the classroom. Also, “Mason’s Law” will take effect in July 2020. This new law makes penalties stronger for drivers who cause injuries when they don’t observe crosswalk laws. The law is named for a young man struck and killed by a semi in 2018.

Finally, Fowler wants to hear voter opinions on possible changes to Illinois gambling law. Proposals would allow sports betting in the state. Comments on the changes must be submitted by Sept. 27.

Want to get notified whenever we write about Illinois State Senator Dale Fowler ?

Sign-up Next time we write about Illinois State Senator Dale Fowler, we'll email you a link to the story. You may edit your settings or unsubscribe at any time.