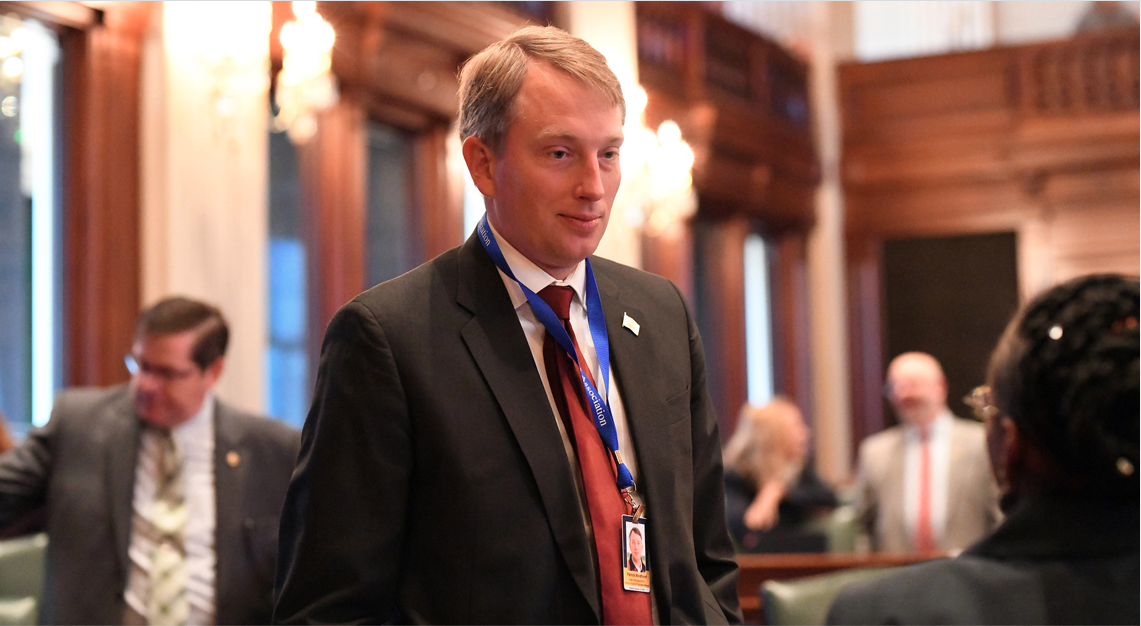 Despite the wasted efforts of a governor-appointed task force that was supposed to address the state's runaway property taxes, Illinois state Rep. Patrick Windhorst (R-Harrisburg) remains determined to find a solution.

“I stand ready to negotiate real property tax reforms and provide relief for Illinois families,” Windhorst recently said in a press release. “Our future depends on it. Our citizens and businesses are leaving in massive numbers for cheaper places to live and work.”

Republicans assigned to the 88-member committee assembled by Democratic Gov. J.B. Pritzker have refused to sign off on a draft report amid complaints that it did not adequately reflect their recommendations and offered no structural changes for a system they see as deeply flawed.

“The task force was also supposed to come up with real reforms to provide relief to struggling homeowners,” Windhorst said. “Instead, Democrats on the task force drafted a slapdash report that failed to include dozens of reform ideas offered by Republican members.”

Windhorst noted that the committee’s chairman failed to meet the statutory filing deadlines for at least two reports before he “unilaterally submitted a self-drafted report without the consent or approval of the whole, supposedly, bipartisan task force.”

At the time, the task force had only met a few times, prompting the GOP members to reject it in unison.

“This bungled process proves once again that Illinois Democrats are not serious about implementing substantive property tax reforms,” Windhorst said.

Want to get notified whenever we write about Illinois House of Representatives ?

Sign-up Next time we write about Illinois House of Representatives, we'll email you a link to the story. You may edit your settings or unsubscribe at any time.